Last September, I became a doctor, and here I mention how things had not felt much different after I got this new fancy title. Sure, I got to add it to online forms and my email signature, but the novelty wore off pretty quickly. The big changes would only come a couple of weeks after that, when I packed my whole life into four suitcases and uprooted myself into to other side of the Atlantic Ocean. Again. 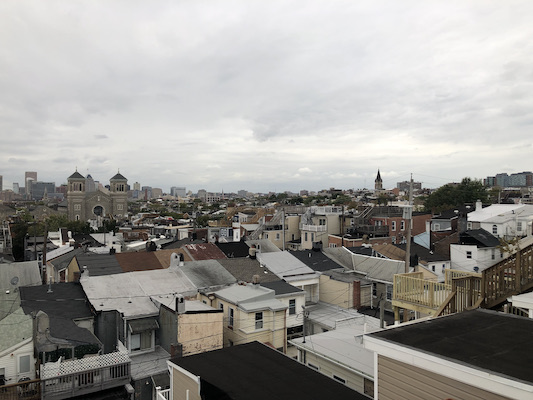 I arrived in Baltimore in the last few days of September. It felt oddly familiar, not only because I have actually visited this city before, only for a few days, but more because of the people. When I first entered the Uber to my temporary housing, the driver and I quickly started chatting and discovered about our mutual expat status in the United States from countries in the global south. This new arrival in the US made me once again appreciate the difference it makes when you speak the language in a new country, and how much of a privilege that is.

My temporary housing was nothing to write home about, but it was nice to have a place to crash for the time being. Especially because the next few weeks would be a mish-mash of work, learning my way around the Space Telescope Science Institute, and dealing with administrative tasks. The latter of which being a constant weight on my shoulders.

I had lived in the US before, but only for a few months and as a visiting student. A newly-arrived foreigner in the US for work has a whole gamut of hoops to jump in order to become a functional alien, to use the local parlance. For starters, for everything you try to do you will be asked about your social security number (SSN). Every practical aspect of living in the US, from getting a phone number to renting a house, you will be asked for one. To which you have to patiently explain your status of newly-arrived in the country, and find a way to get what you need. Even when you call the Social Security Office to schedule an appointment to get an SSN, you will be asked for your SSN. Go figure. I heard horror stories of colleagues whose SSN took six months to be emitted during the pandemic, and it only happened after calling the Social Security Office multiple times.

Another big source of anxiety for me was searching for a definitive place to live. I had only one month reserved in my temporary housing, so the clock was ticking the moment I stepped outside the airplane. That notwithstanding, I would also need to navigate the infamous divide of B-more, a city so seggregated that just crossing a street to another block may take you from a lively, bohemian neighborhood to an abandoned, low-income housing complex that is set to be demolished and make way for gentrification. To my frustration, many of the houses and apartments were already occupied by the wave of college students incoming earlier in the Fall. I would need to scrape the barrel. Only after three weeks of search my anxiety with housing would find a solution, with a week to spare to furnish my new place.

Work has been interesting. There is an overall atmosphere of excitement at STScI surrounding the launch of the James Webb Space Telescope, whose celebration I will be lucky enough to join with my institute colleagues in a cold morning of December (the 18th, more specifically). Despite the excitement, actually going to the office at the institute is an exercise in eremitism, given that most of the employees are still working from home for several reasons. For me, it is almost like going back in time to late 2020, when we were not allowed to go to the office unless there was an express permission from the university.

Arriving in Baltimore and dealing with all the changes in both my work and personal lives has truly been out of the ordinary, a hard reboot. The small good things, like the language, some familar faces, the friendliness of Baltimoreans, the excitement for the new, all of that is what keeps me going in this period of transformation.