Are astronomers bad at naming things?

While watching the first episode of the third season of Cosmos with Neil deGrasse Tyson, I learned something new: William Herschel, who discovered Enceladus, the sixth-largest moon orbiting Saturn, had originally named the satellite as Saturn 2. That is, by all measures, what I consider one of the worst names ever given to an astronomical object. Luckily for us, William’s son John Herschel saved us from his father’s abominable lack of imagination by bestowing Enceladus and the other six brightest satellites of Saturn with the names we still use to this day. So, as scientists of the 21st Century, do we still do just as bad as William Herschel when it comes to naming astronomical objects? Here’s my take on it. 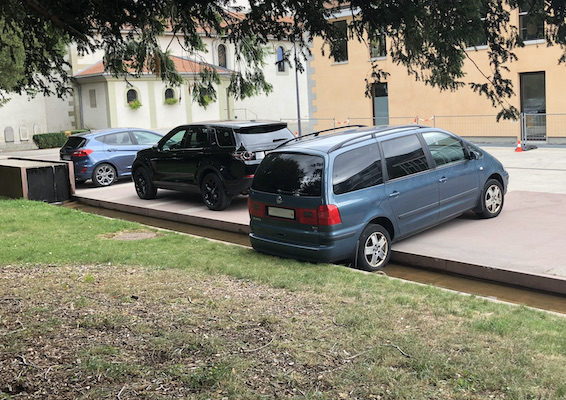 Now, before I start, it is important to clarify a few relevant points. First, the International Astronomical Union (IAU) is the only official entity that recognizes names for celestial objects. Technically, you can call an astronomical body whatever you want, but it is up to the IAU to recognize it. And second, different celestial objects follow different naming procedures. For instance, for newly-discovered asteroids, the discoverer(s) can suggest a name for it, but not before the orbit of the object is well defined [1]. For exoplanets, the conventions get a lot more complicated. And finally, when naming things that are not astronomical objects, the IAU has no control over it, and that’s when things can get pretty bad – I’m looking at you, Extremely Large Telescope.

One of the sources of our problems is that there are just too many things in the universe. The Milky Way itself has approximately 400 billions of stars. Recent studies on planet occurrence show that, on average, one in every 10 stars of the Milky Way has at least one planet [2]. That means that there are at least 40 billion exoplanets in our own galaxy alone. How are supposed to name all of them? Even here on our planet, with more than 7 billion people, we are bound to run into people with the same name as us – for perspective, there are 47 PhD-level scientists in Brazil with the name Leonardo dos Santos. That can get confusing! Anyway, my point is that, if we don’t want to get confused about what astronomical object we are talking about, there needs to be a systematic way to name them so that they don’t repeat. Can you imagine: proposing to observe the exoplanet “Hellscape” in your telescope program, only for the service astronomer to point at the wrong place in the sky that happens to have a planet with the same name? No, science needs to be specific.

That is the reason why astronomers name their stars, galaxies and asteroids with numbers, at least when they are first “discovered.” Many of the stars we see in the night sky with our naked eyes have special names bestowed by humanity throughout the history of our kind, like Sirius or Rigil Kentaurus. But even back then, when we didn’t have telescopes, there were already so many stars in the sky that the old ones had to be fairly systematic about it. For instance, in a given constellation, star names receive a Greek letter in order of brightness followed by the gentilic of its host constellation: 𝛼 Centauri, 𝛽 Centauri, 𝛾 Centauri and so on all the way through the alphabet. With the advent of the telescope, we started discovering so many stars in the sky that we needed to be even more systematic, this time creating catalogues and attributing boring numbers to them. For instance, one of the most used catalogues in our field was created by the amateur astronomer Henry Draper, and all the star names begin with HD.

Most of the exoplanets we know to date orbit faint stars not visible with the naked eye. This is why their names are boring, like HD 209458 b (the letter b at the end is used to refer to the planet, while the host star is either HD 209458 A, or simply HD 209458). The reason why I mention this planet in particular is because it has an interesting naming history. HD 209458 b was the first exoplanet discovered to transit its host star [3], back in 1999, only four years after the discovery of the then already famous 51 Pegasi b – the one that would eventually yield the Nobel Prize to Michel Mayor and Didier Queloz in 2019. People got so excited about the scientific prospects of HD 209458 b, that the French astronomers Alfred Vidal-Madjar and Alain Lecavelier des Etangs proposed a less boring name for it: Osiris [4]. It’s also a bit funny that, in the acknowledgements of one of their later papers [5] they even went as far as, and I quote directly from the paper, thanking “the Egyptian god Osiris for suggesting his name for the planet.” Unfortunately for them the name did not stick in the community of exoplanet enthusiasts. I didn’t ask anyone, but I think the reason why because it didn’t stick is because the actual “discoverers” of the planet had the dibs to name it, and not another group unrelated to the discovery research. And to this day, HD 209458 b has not yet received an official non-catalogue name from the IAU, but 51 Pegasi b did: it is called Dimidium, bestowed by the Astronomical Society of Lucerne, in Switzerland.

I kind of like the idea that discoverers have the dibs to name an object for which they made an important discovery. A good example is that of my friend and colleague J. Yana Galarza, a Peruvian astronomer who discovered that the star 2MASS J23263267-0239363 is a solar twin [6] – a star very similar to the Sun. Following the discovery, he named the star as Inti 1, after the Quechua word for Sun. And the story behind it is fun too: initially, the authors of the study were interested in observing a carbon star in that same field of view in the sky, but the telescope was mistakenly pointed to Inti 1 instead, which was just a hairpin away from the original target. Now that is what I call a happy accident!

But sometimes it just happens that a name sticks because so many people start calling an object that way. For instance, when the astronomer Tabetha Boyajian reported on the then inexplicable brightness variability of a certain star observed by the Kepler satellite [7], the whole world instantly flocked into the idea that it was caused by aliens. Naturally, no one wanted to reference to that exciting object as KIC 8462852, so the community named it after its discoverer: Boyajian’s Star – or Tabby’s Star, but usage of the latter is frowned upon because it is considered sexist to use the discoverer’s nickname when there is a long tradition in astronomy of naming objects with surnames instead.

Even when naming telescopes, which astronomers are known for being pretty bad at, they can sometimes end up doing something a lot more creative, like honoring an important figure in the field: see the cases of the Vera Rubin Observatory and the Roman Space Telescope. But even then, they may also end up paying homage to someone who failed to stand up against bigotry.

So, you see, I don’t think astronomers or the astronomical community are all bad at naming things when they are given a fair chance to be creative. We need to use systematic names, like HD 209458 b, or KIC 8462852, especially when doing research, because we cannot afford to get confused. Also, we are lazy, unlike medical practitioners, who have very specific and creative names for every little bit of the human body and must memorize many of them in school. But there is no excuse for “Extremely Large Telescope.” That one needs a change.