Mid-February can be quite an occasion in the world of early-career astronomers, a moment in time when the frustrations of a long wait come to a relieving end, and finally give way for the world to start spinning again. At least that is how I feel right now. Back in September 2020, my final-year PhD candidate self started what would be a 5-month long search for a job, and suddenly I found myself castaway in a raging sea. A few islands in sight, all of them seemed distant. But last week, I finally washed ashore. 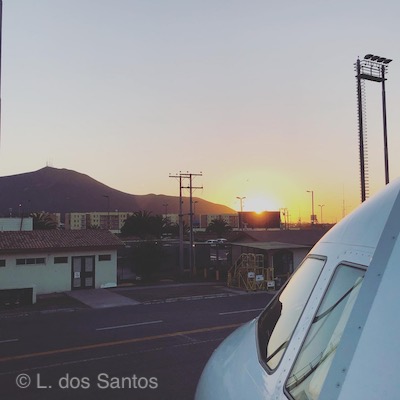 I have been offered a Postdoctoral Fellowship at the Space Telescope Science Institute, which I happily accepted. Beginning in the Fall 2021, I will be working not only on my own research projects, but I will also be supporting the operations of the Hubble Space Telescope, a facility that has been instrumental to the development of exoplanet science.

It goes without saying that 2020 was an overall terrible year, and it compounded to the build up of frustration when I was doing my job search. The feedback I received in my applications was very clear: there is an unprecedented amount of well-qualified astronomers in the job market, but there is not enough funding to hire all of them. The pressure factor for the NASA Hubble Fellowship was 17 applications per offer. For comparison, the pressure factor to obtain observation time with the Hubble Space Telescope, one of the most competitive call for proposals in the planet, was nine to one in Cycle 28.

At these conditions, even the smallest details of an application can make a lot of difference. And this is unfair, because opportunities arise much less frequently for scientists at marginalized demographics or with non-traditional backgrounds. Anecdotal accounts say that there have been less positions open in the last year due to the pandemic, which increased the competition for the ones that opened. It is difficult to objectively assess the situation because there is no publicly available database of past and current job openings in astronomy [1]. One sentence that I constantly heard during the job search process was that you need to be at “the right place and the right time.” Sometimes, when I look back at my young self growing up in a poor neighborhood of a small Brazilian town, it feels like I already spent so much of the lifetime inventory of godly blessings to end up here. It’s almost like I will eventually run out of luck sooner or later.

That said, since November 2020 I have been investing some time into skills that would be valuable in industry in case eventually I decide to leave the academic career. And even now that I have accepted a postdoctoral position (although STScI is not exactly a traditional academic institution), I plan to continue developing these industry-related skills. I enjoy being a scientist in academia, but I am not thrilled about its draconic customs, or how nefarious academia can be to people who are not part of the dominant demographic.

Nevertheless, securing a job after the dumpster fire that was 2020 is a glimmer of hope. We can keep on doing what we like doing the most, and it is truly a privilege to be an astronomer at this brief snapshot of the never-ending human endeavor. I owe it to too many people and institutions for this achievement, and I hope that I can return the favor by serving to the mission of the space telescopes Hubble and Webb.