It is time to reinforce a recommendation that I previously did not think necessary, but I have now convinced myself of otherwise. If you are a Twitter user, you should stop using it. And if you are not, do not bother creating an account. This goes against many other scientists alike who I know that vow for the usefulness and importance of this particular social network, but these are times when the harm far outweighs the benefits. 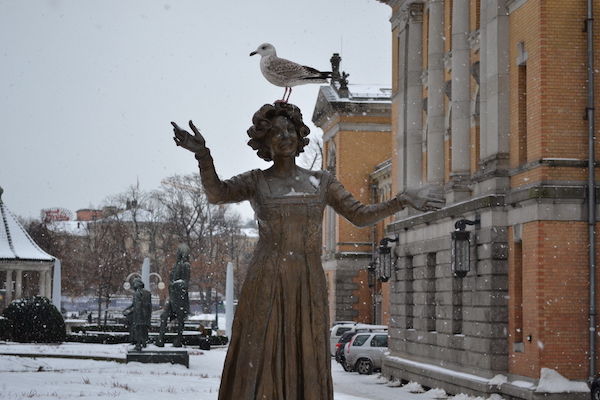 As I wrote in a previous post, I am a fan of the biogeochemist Hope Jahren, who wrote the book Lab Girl. She also has blog post on reasons for scientists to be on Twitter. Maybe there are more people that used this same metaphor, but both Hope Jahren and the journalist David Carr likened Twitter to a river that carries the thoughts and words of millions of users all over the planet. And it’s up to you, a de facto Twitter user, to either dip a cup into this river to absorb some of this content, or to throw in your own contribution to the river. Now, here is where the problem comes: you never really know what you are going to get when you dir or when you throw. And this unpredictability likens Twitter and other social media networks to gambling: you push a button and you may or may not get something good. Most of the time it is not going to be good. And whatever time you invest into it goes to the house in the form of valuable data to be mined and sold.

One of the most used arguments in favor or having a Twitter profile is that it provides opportunities to connect with other academics in your field, hence increasing the chances of scientific collaborations. However, this argument is backed up by carefully-selected anecdotes that do not truly tell the whole story. While I have heard a handful of cases of people who managed to start a collaboration through Twitter, it is far from ubiquitous from my experience since 2013. At least in the subfield of astronomy, academics rarely engage in serious scientific exchanges or debate in social media; instead, they tend to use most of their time for other activities, such as announcing new discoveries, outreach, asking questions, and talking about their personal lives. In my specific case, all my current collaborations started either through networking at scientific conferences or when someone was visiting the department. Bottomline: If what you are aiming for is networking, I would say you pass and reserve the energy for more tried-and-true opportunities, such as conferences and campus visits.

Those caveats notwithstanding, there are much more insidious setbacks to society in general when it comes to the power that social media like Twitter hold nowadays. The Black Brazilian philosopher Djamila Ribeiro, in particular, has raised a concern in the fact that Twitter thrives in racism and sexism to generate profit. An interview for Vogue Brazil [1], she cites the doctoral thesis of a colleague, Luis Silvério, who found out that 81% of hate speech on Twitter is directed at Black women [2]. And when their names are cited in a trending topic, the company earns profit from it, even when tweets are flooded by hate speech. In order to compensate for the damage, Dr. Ribeiro suggests that Twitter directs part of its profit to funds dedicated to combating racism and inequalities that the company benefits from.

As a social media website, naturally Twitter stands as a platform for unobstructed communication. And this is especially important in giving marginalized people a place to speak up, given that we live in a world that prefers to keep them silent. Furthermore, we stand at an age where bite-sized information carries a lot of power [3], so leveraging this power to do something good has its own place. But can a healthy and productive discussion really manifest within 280 characters and convoluted threads? In fact, I point you out again to Djamila Ribeiro, who coined the amusing term “three-line philosophers,” and how we should not rely on them as a source of information.

Finally, we can put some thought into a concluding question: Do the very tenuous benefits of Twitter outweigh the harms of harvesting our attention, selling personal data, and profiting on hate speech? I do not think so. You should not use Twitter.