The power of placebo

During my vacation I spent all of my time visiting Brazil, and in one of these days I witnessed something quite strange: a friend that shall remain unnamed, who is a nurse, arrived from work wearing several weird patches scattered around her knees and ankles. My immediate thought was that she got hurt and needed to be patched up, but this time around it was something else. Something about magnets. 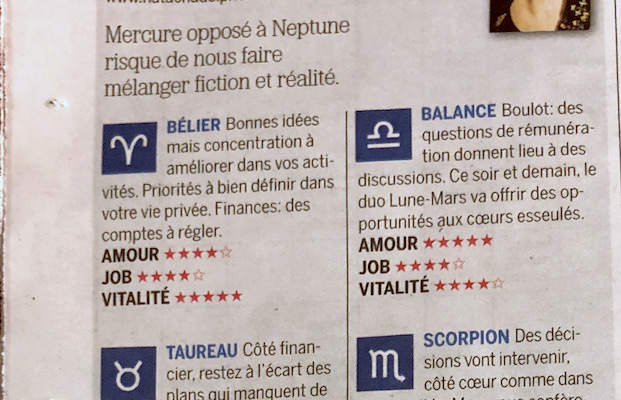 Alright, I don’t want to publicly shame my friend on the internet, but I think it is a good segue way to a couple of topics in science that simultaneously fascinate and frustrate me. My friend has chronic joint pain and has movement impairment resulting from this problem. The only solution for her is to get under the knife: two surgeries to get prostheses and replace her kneecaps and two other surgeries to fix the bones in her feet. It goes without saying that such a treatment would be prohibitively expensive to get in a private hospital; and it will take several years for her to be able to get them through the public health service in Brazil — she does not have private health insurance of any sorts. And finally, this is all very scary! Four major surgeries is not to shake a stick at.

In face of these challenges, palliative care provides the immediate relief to my friend’s problem, but sometimes she resorts to pseudoscientific woo to help with the pain. And this was the case of the patches. A work colleague of hers, who allegedly has a post-graduate degree in traditional Chinese medicine, had provided her, free of charge, with magnetic patches that are supposed to relieve pain, and stuck a bunch of them in her legs. This was the first time I heard about magnetic patches for pain, but upon a quick web search I came up to several pages that sell these items under the premise of acupressure principles. And that’s when my frustrated self planted the face on my palms.

I asked my friend: “We have talked about this kind of stuff so many times, why do you still seek woo? You know it’s just placebo”. Her response was a resounding: “Placebo or not, it makes me feel better,” followed by a distracting “oh hey, look, cute animals on TV”! Dumbfounded, at least I took solace in the fact that she didn’t pay a miserable cent for her magnetic patches.

Fast forward a few days and I was listening to the TRAINED podcast by the Nike staff when I stumbled upon the work of Dr. Alia Crum, an Assistant Professor of Psychology at Stanford University, in the episode “Harnessing the Power of Placebo.” This title immediately put me in a skeptical mindset, but I gave it a listen in any case. As it turns out, Dr. Crum’s research highlights the role of placebo and nocebo effects [1] in neurobiology and human behavior.

Now, I am not a medical scientist, and I don’t dare dive into a literature review on the subject. But there were two studies that Dr. Crum mentioned in this podcast that picked my interest. In the first one, published in the journal Psychological Science [2], A. Crum and E. Langer studied a group of 84 hotel room attendants and how they perceive their work when in comes to physical activity. The authors separated the test subjects in two groups: (A) workers who were effectively informed that their work (cleaning hotel rooms) satisfied standard requirements of physical activity to maintain good health, and (B) control subjects who were not informed of that. The authors found out that subjects in informed group A showed a significant improvement in metrics for good health (including weight, body fat, and blood pressure) when compared to the control group B after four weeks of intervention. This result highlights the importance of the mindset, i.e., the placebo effect, in dictating one’s physical health and fitness.

The second study I want to mention is also interesting. It was led by B. Turnwald, also published in Psychological Science [3], and in it the authors hypothesize that food labels focused on tastiness are more effective in incentivizing the consumption of vegetables than labels focused on health benefits. The study design was to label dishes in five different schools of higher education with either taste-focused wording (e.g., “Herb n’ Honey Balsamic Glazed Turnips” and “Sizzlin’ Szechuan Green Beans with Toasted Garlic”) versus health-focused terms (e.g., “Healthy Choice Turnips” and “Nutritious Green Beans”). The authors measured a few metrics about the vegetable consumption by undergraduate students. The outcome was that the taste-focused labeling performed marginally better (i.e., the vegetables dishes were effectively selected for consumption) than health-focused labels at a level of 0.46 standard deviations. For comparison, in physical sciences we consider that a detection at 3.00 standard deviations or more is a reliable one, statistically speaking. So I am not convinced by this one study, although it does look promising and certainly warrants further investigation.

It’s important to note that a key factor in these studies is that the informed test subjects were not lied to. In the first one, the workload of hotel room attendants does indeed provide a significant amount physical activity: approximately 200 calories per day, which meets the recommendations of the Center for Disease Control [4]. And in the case of the second study, the description of the tastiness-focused labels were accurate. My guess at what makes the second study a bit more difficult to believe is that tastiness is incredibly subjective; on the other hand, levels of physical activity are not, so it’s easier to convince people of how much exercise they’re getting by simply showing them the numbers.

But what about magnetic patches and acupressure? How do they differ from the placebo effect and its benefits reported by Dr. Crum and collaborators? It seems to me that it comes down to ethics. In the studies I mentioned before the test subjects were not being lied to. When you get magnetic patches and you are promised that they work because they will “balance ionic particles in the muscles and relieve pain,” that is not backed up by rigorous evidence. In an article led by D. Colquhoun and S. Novella and published in Anesthesia & Analgesia [5], the authors conclude that “[Since meta-analyses have] proved impossible to find consistent evidence [in favor of acupuncture] after more than 3000 trials, it is time to give up”.

So I am now convinced that there is power and many positive aspects to the placebo effect. However, principles of ethics should be respected. Knowing that this kind of accepting mindset can occasionally make us feel better, should we let ourselves be convinced by vague promises of health benefits? Ignorance is bliss, as the saying goes.