Keeping up with grassroots movements while away from social media

As I wrote in my “Hello World” blog post, I stopped using Twitter, and am mostly inactive on Facebook. Also, my Instagram account is set to be deleted in January 2021 — they really like to play the second-thoughts card. With these decisions, I have confined my online presence mostly to my personal website and blog. While I save myself from the noise of social networks, there is one thing that I may miss out on: grassroots movements that are organized through these platforms. 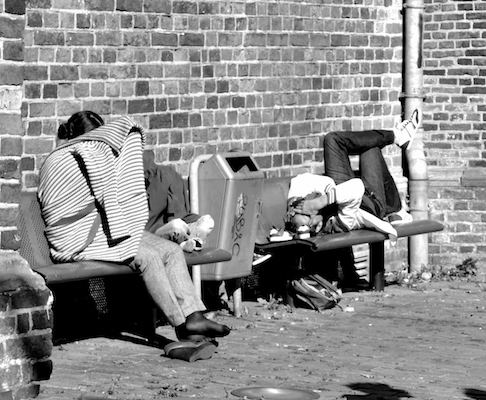 During my time on Twitter, I witnessed the rise of many important virtual movements through hashtags, such as #BlackLivesMatter, #MeToo and #BlackInAstro, just to cite a few. Many non-virtual, boots-to-the-ground grassroots movements also rely on social media (SM) to thrive, but they face challenges with the creation of filter-bubbles and hacking SM metrics [1]. Ultimately, how can we keep ourselves aware and in touch with social causes without having SM profiles?

When I started typing these first two paragraphs, it slowly dawned on me that this post would not be easy to write. I grew up in small town in southeastern Brazil, and in a family that was mostly not involved with social causes at all for various reasons, privilege included. I never really learned how to put myself out there when it comes to fighting the good fight. My first contact with such movements was through the internet. Going “analog” with this subject is probably going to take a lot of effort and thinking, but it is something I deeply care about.

As a doctoral student, I am tied to a university that has a large student body, and this is the perfect setting to get myself involved with movements that I care about. For example, one of my buddies at the university has recently joined the Amnesty International after having a 2-year stint organizing social activities for Erasmus exchange students. He says that he finds more meaning and satisfaction in helping an actual “good-for-the-world” movement instead of throwing parties for 19-year olds. But he has one thing going for him: he speaks the local language natively. Going analog requires a level of interaction that I am not sure I can currently do with my very basic French skills. Ironically, the effort such interactions require may actually be the key for me to become a fluent French speaker. Having the benefit of hindsight, one can say that I should have started earlier.

When I was young, I remember sometimes having this feeling of otherness because of the color of my skin and my social status. For example, when I attended a private high school, I felt it when I mingled with white kids whose parents were doctors and engineers. I was definitely different from my peers whenever I went outside the bounds of normality. In Brazil, the normal for people of color is either in poverty or manual labor, not in private schools or academia. Or, heck, definitely not in a suburban neighborhood in one of the richest countries of the planet. What this means is that I have to engage in a twofold battle: fighting for my own survival in settings that are hostile to my presence, and also fight for those who lead even harder struggles than I do. And all of that while trying to defend ourselves against predatory practices of big companies.

I have a profound admiration for those who have the stamina to dismantle, through sweat and tears, the barriers imposed by the powers that be. Recently, someone who enjoys a position of highest privilege in academia has challenged my status of minority in science; and although I am sure they meant no ill will, this type of attitude is exactly the kind of blow that knocks the wind out of people wanting to reverse the systemic inertia. And that was not an interaction through SM, it was a face-to-face conversation after a group discussion on the role of mentors for marginalized scientists in academia. Unlike social media, this sort of analog clash feels a whole deal more incarnate than the passing tantrum of a faceless random stranger.

Going analog is hard. I could be sitting on my chair, retweeting posts from my sisters-in-arms, changing my profile photo with an overlay containing the movement hashtag, all of that while sipping on some good old coffee. But being away from SM means that I can’t practice that anymore to momentarily relieve myself from this restlessness. SM has only existed for the last couple of decades or so. Yet, humanity has fought against systematic oppression for millennia. We should know how to do without hashtags.