I have recently stopped using Twitter. This was a deliberate decision after concluding that my usage of this platform was bringing more harm than good, especially to my mental health. In the lines that follow I will briefly discuss what led me to make this decision and how things have changed since. 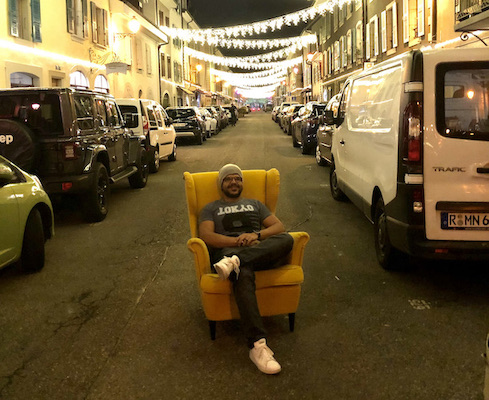 I have been on Twitter with varying degrees of activity since 2013, when I started writing an astronomy blog. I do not remember exactly what were my motivations to join Twitter, but I believe it was because I wanted to reach a wider audience for my blog. As time passed by, I stopped writing on Alfa do Centauro to focus on other matters. Eventually I would go back to blogging on Astrobites, but that is a story for another day. My Twitter activity remained throughout this whole meandering until late 2020.

In the last couple of years I was using the social network mostly to read about the thoughts of other astronomers and people that I was interested in, and to keep in touch with colleagues in science. And this is where things start to gradually derail. In the process of keeping up with what was happening with the people I follow, I would sometimes have waves of imposter syndrome, especially at difficult moments when my projects were not going well. Seeing the success of my peers and “failures” [1] on my side of the lawn would sometimes bring me a lot of insecurity, as if I were losing some sort of competition.

The academic career is intrinsically competitive, especially in a young and fast-evolving subfield like exoplanets. Dealing with this environment can take a toll on one’s mental health; but being in the hustle and bustle of social networks, where contents are sometimes precisely curated to highlight successes and sweep failures under the rug, is like pouring salt on an open wound. Add that to the 2020 pandemic, doomscrolling, a constant stream of aggravating news, the usual tweetstorms because Bolsonaro posted yet another exasperating comment, and you have a very unhappy astronomer.

So I quit Twitter. I did that right before one of the most important deadlines of an observing astronomer (the Cycle 1 for James Webb Space Telescope proposals), and it was the best decision I have ever made in my recent professional life. I was still very much upset by the mental health issues stemming from the last 10 months, but I managed to finish my proposal, have the approval of all co-investigators, and submit it for peer review. After that, I went on vacation – and I still am, by the way. It has been truly great, no hyperbole.

I removed all social media apps from my smart devices, and email from my phone. I only kept a few text messaging apps for quick interactions when necessary, and removed notifications. In the meantime, I have been reading more books, and I enrolled myself in online courses to learn new skills. I will only keep an active, stripped-down Facebook account to do weekly checks on interesting events near Geneva, which I hope will one day come back once the pandemic settles down.

It feels kind of humbling to realize I have fallen for this trap. I have been perfectly aware that there are scientific studies on how social networks exploit human behavior to garner our attention and can result in mental health problems for the users [2, 3]. But you never really think it is going to happen to you, right? Ironically, after giving the boot to Twitter, I started reading the book Digital Minimalism by Cal Newport (which has been on my radar for a long time), and this issue is discussed extensively through its seven chapters. In particular, Newport argues that although social media use can produce some occasional benefits at very specific situations [4, 5], these do not outweigh the drawbacks of everyday usage.

Now, part of why everything feels better and relaxed right now is probably because, well, I am on vacation. I shall see how things go when I am back to my usual routine in early January. Hopefully, these changes I have made in my life, albeit small, will have some sort of permanence and impact in the end.